The Cramming Sham: speed-learning slows you down.

We’ve all been in a situation where cramming is involved. Not sure what I’m talking about? Let me break it down for you.

At the end of your Calculus class on Monday, your teacher makes an announcement. A rush of anxiety hits you when she says there’s a test on a unit you don’t know squat about. Then you check the syllabus. Phew. You’ve got a week. Relief passes over you like a cool breeze.

You write up plans to study daily, make flashcards, to complete and recomplete all the assignments you whiffed the week before. In a flash, you will become the finest math student the world has ever seen. You smile. What a plan. Monday’s work is done.

The next thing you know it’s 10pm on Sunday and your entire body is on red-alert flight or fight freak out mode.

I’m gonna fail, you think. If I fail, I’ll never get into college. And if I don’t get into college, soon enough I’m going to be forty, living in my parents’ basement, and selling novelty toys on Ebay!

You down the coffee and get to work. By sunrise, your eyeballs are popping out of your skull but you’re pretty sure you’ve got the material down.

You are tired, your body aches, and you feel like crying. But you finish. You think you did pretty well. In fact, you feel like a champion, like the protagonist of your own Olympics underdog victory film.

As your teacher passes out the graded tests, your stomach clenches. Did your last-ditch sprint to the finish line work? You turn over the test. It’s an A.

This is the insidious reason why students continue to cram: often, it seems to work.

Waiting until the night before an exam to study can fill a student’s brain with enough short-term memory to ace it.

These days, it is harder than ever before for students to manage their time. College admissions officers provide increased pressure for transcripts stacked with extracurricular activities on top of stellar GPAs. So, countless overworked students are being led to the poisoned well of cram-studying.

In his article, Procrastination and Cramming: How Adept Students Ace the System, Dr. WG Sommer writes: “Many students [who resort to cramming] engage in an intense and private ritual that comprises five aspects: calculated procrastination, preparatory anxiety, climactic cramming, nick-of-time deadline-making, and a secret, if often uncelebrated, victory.”

Let’s break down those steps.

Calculated procrastination: When students procrastinate, what they’re really doing is trying to manage the negative emotions they feel about a particular task that needs doing. The pressure students feel to perform well outstrips their ability to confront the task at hand. Rather than seeing the assignment before them, they see all that it might symbolically represent. They see the potential for cascading failures. Procrastination offers quick though short-lived relief by distracting a student’s thoughts from this amorphous cloud of anxieties. Students purposely calculate enough room in their schedules. They believe they’ll be able to carry off a good grade with a high-intensity night of cramming.

Preparatory anxiety: Finally, the building anxiety of doing poorly on the assignment wins over the tendency to further put it off. This is quite literally a panic reflex. Relying on the surge of adrenaline and cortisol that stress triggers in a panicked brain, crammers subject their minds and bodies to a barrage of potentially dangerous hormone responses in the name of quick study. This kind of panicked adrenaline rush is analogous to the fight or flight response we feel under sudden, existential threat, and can be severely damaging over repeated exposure.

Climactic cramming: This is the period of time one actually spends studying. Caffeine, a startling lack of sleep, and the adrenaline released by extreme stress fuel this.

Secret victory: When a student gets a good grade through cramming, they often feel that rush of relief associated with getting away with something. That feeling of private victory in combination with the positive feedback of a good grade creates a chemical dopamine reward loop that links cramming with feelings of positive emotion. It effectively wipes any record of strife, anxiety, or panic. Instead, it initiates a vicious cycle of behavior in which cramming will almost certainly be leaned on again.

Cramming, though it may offer short-term triage to one’s GPA, almost always fails long-term. It’s just not sustainable. In the majority of classes, in which learning is cumulative and incremental, the work of cramming becomes harder and its success more dubious the farther along you are in the course. In other words, you might be able to pull off a superficial win on a unit test in Calculus. However, cramming for the final exam is much more likely to land you with a very low grade.

Cramming essentially prohibits the formation of long-term memory of the material. Different parts of the brain support different kinds of memory. Recognition is strongly affected by the ease with which information passes through the sensory areas of our brain, such as the visual cortex if you are looking at notes. Recall is supported by a network of different areas of the brain, including the frontal cortex and the temporal lobe, which coordinate to recreate a memory from the clues you give it. Just because your visual cortex is fluently processing your notes after five consecutive hours of you looking at them, doesn’t mean the rest of your brain is going to be able to reconstruct the memory of them when you really need it to.

It comes from the psychological phenomenon known as the spacing effect. Essentially, the human brain is far more likely to encode information into long term memory if it is absorbed more than once. Substantial breaks in between encounters (at least a day) also helps.

At Gooroo, we help our students tackle complex subjects in manageable chunks with the guidance of an experienced tutor. Working with a Gooroo offers students the chance to evaluate their learning styles in real-time. They also get the benefit of a caring and objective third party. Learning is important, not just for the sake of getting an A, but also for the long-term development and success of our students. In an ever complexifying world, students need to be ready to build consistently on strong foundations, not just toss up quick ad-hoc shelters whenever they might be called for. A tutor can offer that special edge that many students find difficult to accomplish when left to their own devices.

So ditch the cram. Meet a Gooroo today. 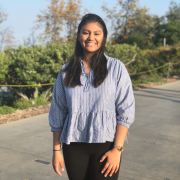 Eshka is a Growth Strategist at Gooroo, a tutoring membership and online learning platform that matches students to tutors perfect for them based on their unique learning needs. Gooroo offers Math, English, SAT, Coding, Spanish tutoring, and more.