Hard Work and Discipline: Keys to a Successful Life

The Importance of Hard Work and Discipline

Ever wondered what makes one person successful when most others struggle with just getting through the day? There are many factors involved in making a person a success. They’re usually talented, intelligent, and sometimes a little lucky, but one thing nearly all successful people have in common is hard work and discipline. You may be lucky enough to have been gifted with a specific talent, been born into an affluent family, or met a benefactor or mentor along the way who gave you ‘the break.’ But none of that matters if you don’t have a high level of hard work, productivity and self-discipline. It doesn’t matter if you have the ideal genetics to go to the NFL. If you don’t have the self-discipline to go through the hours of athletic and strength training every day, it’ll be even harder to make it. Success doesn’t come from just luck.

Everyone, at some point in their life, has looked at another person’s achievements and assumed they were just lucky. While this can be true, in most cases, that person has had to work incredibly hard and sacrifice a lot to reach their goals. There’s a limit to how far luck and natural talent can take you. How many people have won the lottery and ended up broke because they lacked the discipline to manage their wealth? Alternatively, how often do you hear of rags-to-riches stories? Elon Musk started work cleaning the inside of boilers after moving to Canada with no money. He eventually earned enough to make it to the U.S. for his college degree and the rest is history. He had a plan on how to get there, and the hard work and discipline to carry it through.

Malcolm Gladwell suggested it takes a minimum of 10,000 hours of practice to become an expert at something. That’s 12 hours every day, for almost three years. Don’t worry! I’m not saying you need to spend the next three years practicing a task to become successful. I’m just illustrating how much time and effort some people put in to become the best in the world at what they do. This is the pinnacle of success and is only achievable through extreme self-discipline. You don’t need to be an expert at something to be successful. You might, however, want to adopt a similar mindset to these people to realize your dreams. Decide what level of effort and time you’re willing and able to put in to reach your goals.

Discipline is a Muscle

The problem with discipline is most people don’t develop it past childhood. Sadly, once a person leave the regulated world of education, it’s easy to regress and have an “I’ll do what I want when I want” attitude. You can run the risk of developing a ‘victim’ mindset. They say, “Why don’t I ever get a break?” or, “I just don’t have the time”, when the truth is they haven’t practiced their self-discipline, to suffer a little now to succeed later. Discipline is a muscle. You need to train it. Start by making small changes in your life and habits. As you progress, you will notice these changes can give you a sense of achievement and motivation.

Goal-Setting with Hard Work and Discipline

First, you must decide on what you want to achieve in the long term. If possible, visualize, quantify, or detail out this end goal. For instance, if your goal is to become a professional songwriter, what point are you considered professional? What level of performance, audience, music volume and genre are you looking for? Secondly, work out a plan to get there, then immediately do the first thing you need to start your journey. See each completed task as an achievement to spur you on. Do not give in to your weaknesses. Good discipline is overcoming procrastination, and not getting side-tracked or always taking the easy route.

If you stumble along the way or fail at something, don’t give up. Forming discipline, work ethic, and productive habits is a marathon, not a sprint. Take some time to refocus and try again. Don’t see failure as a failure. Learn from it and adjust your plan using that knowledge. The most successful people in the world are where they are because they failed more than anyone else. Michael Jordan got rejected from his high school basketball team, then came back, played in college, and became the greatest player ever. Be like Jordan and others; have the discipline to get back up, dust yourself off, and live your life to your fullest potential. 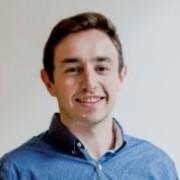