Does the College I Attend Really Matter?

We give a lot of societal weight to universities that have achieved a certain status, or to those that have existed for centuries. But when push comes to shove, does the college you attend really matter? Should I be attending one of the prestigious universities around the world? In short, it depends on your priorities.

The benefits of going to a prestigious college often involve two things: network and reputation.

Networking is something we hear a lot about and for good reason. As you move through post-grad life, you’ll be tapping into your college networks in order to advance your career. This can mean either your own group of peers or the greater alumni network. They are both great resources to have in your hands. Certain colleges are especially known for having massive alumni networks, like the ivies and big schools like UCLA and NYU. So, this is definitely worth researching.

When you’re applying for jobs after college, you’ll be hard-pressed to find an employer that cares deeply about your GPA. In fact, some employers might even count it against you if you include your GPA on your resume. But that employer will take note of where you went to college. So, having gone to one of the many prestigious universities around the world could certainly be in your favor. This is especially so if you’re applying to jobs in a highly selective industry.

That said, you have to know your crowd. Employers in creative industries likely won’t really care whether or not you’ve gone to Harvard. Your passions and experiences are more valuable. If you’re applying to be a researcher, on the other hand, that Harvard name could take you far. In any case, attending a college with a good reputation certainly won’t count against you.

According to the Times Higher Education 2019 ranking of best universities on reputation, the most prestigious universities around the world are as follows:

These are just the top ten—there are hundreds of other prestigious universities around the world. What differentiates these ten schools from the rest is difficulty. These schools are all known to have particularly tough courses and expectations. Relatedly, they also tend to have very intense, competitive student bodies. This isn’t a bad thing. In fact, being surrounded by goal-chasers can be a very motivating experience. But it isn’t the college experience everyone is looking for.

This is not to say that prestigious universities around the world are so intense to the point of lacking fun and social interaction. Rather, it’s that these universities tend to expect students to keep up at a fast pace. This can be overwhelming for many especially after such a huge life transition. Luckily, you don’t need to go to a prestigious college to have access to a good network. There are hosts of schools that too have excellent reputations. Where you go to school will certainly impact how you set foot in the world post-graduation. But beyond that, the world is your oyster.

What about those tiny, middle-of-nowhere, highly-local colleges? You might have a harder time finding people in your network. Reputation is often ALSO out of the question for smaller schools. But aside from that, you can create your own path. What you’ve made of your time at college, and how you’re able to communicate that time-spent to others, is ultimately the most important thing. You don’t have to have gone to Harvard to be successful. 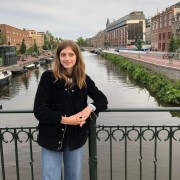