A 2013 Gallup poll of 500,000 students revealed a 40% decline in engagement between middle school and the latter half of high school. Are our classrooms killing us softly with boredom?

When I was little and complained of being bored, my mother always had a solution quick at hand: “go clean your toilet.” She’d say it with a little trill of excitement, like cleaning my toilet wasn’t the grossest thing I could think of doing (it was my toilet, after all. I alone knew it’s darker secrets), like it was fun.

But a mother’s wisdom prevails. Cleaning my toilet gave me something to do, took me out of the echo chamber of an unstimulated brain, and taught me two important things:

Boredom is a tricky beast to get ahold of. It is the lack of something, an absence. Yes, it can make us feel restless or even despairing, but it’s a state we really only know by contrast to its opposite: engagement.

When engaged, the inbox of our brain is filled with tasks to be managed. It’s an active state. It produces heat. It literally burns more calories. All of this stimulation makes us feel good. Makes us confident. We feel, when we are most engaged, that our competence is has been tested. We feel like we’re riding the edge of our minds.

Boredom seeps in when stimulation withers. And not just any stimulation, but new input — variable, unexpected, unpredictable, complex. Watching TV offers a kind of stimulation, but it’s more like a triage bandage over a pulsing wound. When the episode or season ends, the boredom is sure to rush back in — this time with the alloyed force of anxiety.

The problem with boredom is that when left untreated, it calcifies into more nefarious forms of disengagement. Theories of emotion place boredom at the beginning of a continuum that threads through disgust and ends in loathing. So severe is the brain’s defensive response to a persistent lack of stimulation that it will become physically repulsed by the too-familiar, the unengaging. And once someone feels disgust towards an object, a partner, a class, or education itself, there’s little hope of reconciliation.

When marriage counselors start hearing the word “disgust” thrown around by their clients, they’ll often advise them towards divorce. When students become so bored with school that going literally makes them feel ill, they’re much more likely to drop out. Disgust is just too primal an emotion to conquer; it’s what keeps us from eating food that smells foul or from living in filth. In short, avoiding what we find disgusting is what has kept us alive.

When 90% of students polled choose “bored” and “tired” as the words most associated with their time at school, we have no choice but to listen.

Why do high school students report so much more boredom than elementary and middle schoolers? Let’s think about relative structure. In the early years of education, everything is new. We are encouraged to play, to use scissors and glue sticks, to direct our own learning and create, create, create.

As we move along the educational treadmill, the subjects we learn about funnel into specificity. They have to. Without a frame affixed to the chaos of all knowledge, we’d never learn anything.

But practiced to excess, framing can start to look a lot like formula. Standardized tests and identically formatted quizzes, rather than capture the attention of students, habituate them into a lulled state. Their expectations are always met, they are never surprised or unsettled, they are, in short, bored.

Teachers and parents have got to do their part in keeping students interested, especially those who do not have a naturally high IQ or the external motivating force of admission to a top college. Learning can be exciting for its own sake, IF it keeps the mind moving in new ways.

It all comes down to putting the learning controls back in the hands of students, where they were in second grade when free-reading was a structured part of the school day and show-and-tell was the highlight of everyone’s week. Student-first teaching means trusting the student to follow his or her own interests towards mastery and knowledge, under the strong guidance of a good teacher, but not within the rigid superstructure of an unchanging lesson plan. 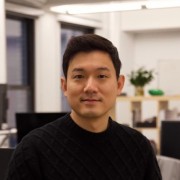 Scott Lee is the CEO and founder of Gooroo, a tutoring membership that matches students to tutors perfect for them based on their unique learning needs. Gooroo offers math, English, ESL, Spanish tutoring, and more.