We’ve all heard the term “IQ” (Intelligence Quotient) at some point in our lives. According to research, those with high IQs are more likely to be successful. Although it is a fallacy that intelligence is innate, there are techniques to nurture Intelligence Quotient in your kids as well as in yourself. Although there is no upper age limit for raising your IQ, your child’s formative years are the most advantageous for them in terms of learning to detect patterns and act on them.

Understanding and mastering the art of musical instrumentation is an excellent brain exercise that directly increases IQ levels by increasing mathematical and spatial thinking abilities. It has been scientifically shown via the use of MRI scans that playing an instrument improves brain functionality. Each week, set aside some time for your youngster to study an instrument such as a guitar, mini-keyboard, drums, or an Indian tabla. The possibilities are endless, and you can take inspiration from your child’s or daughter’s interests.

Physical activity while participating in any sport increases brain activity through the release of endorphins, and endorphins help to improve the function and output of our brains and bodies. Encourage your kid to participate in a sport and stay involved with him so that he can see it through.

Mathematical computations have a significant influence on the functioning of the brain and, as a result, on an individual’s IQ. You may spend 10 minutes every day with your child and ask them to do random arithmetic problems in order to engage them. Increase the difficulty level in accordance with their age. Encourage children to study mathematical skills such as ABACUS and Vedic Maths while they are in their pre-teens since the scholastic pressure is lower during this time.

Deep breathing is one of the most proficient brain hacks available. Also, it has been venerated in India since ancient times. Breathing deeply is the foundation of meditation. Also, it aids in the clearing of thoughts. It allows a person to gain more clarity by relieving tension and enhancing the ability to focus. According to research, a brain scan revealed thickness in all four quadrants of the brain. It is after eight weeks of continuous meditation practiced. For this reason, spend 10-15 minutes each day with your children, early in the morning or before bedtime, practicing belly breathing and seeing the impact it makes on their overall performance.

Finally, no matter how many times we stop, our children are able to play games on our mobile phones. The also include desktop computers, laptop computers, and iPads. It is preferable to download games that help them increase their brain function and, as a result, their IQ. The Google Play Store and Apple’s Store both include a profusion of brain workouts. They are primarily for children that you can download for free.

It follows that increasing the IQ of youngsters is possible in many ways and that it is never too late to begin teaching them these skills. 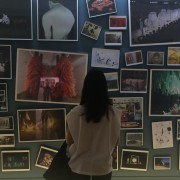 I am a Parsons School of Design graduate with a certified teacher's license. At Gooroo, my passion is to educate students through an artist's approach, which requires critical thinking, creativity, and problem-solving. During the elementary years, I think that students broaden their perspective and expression through art, and this skill can be applied to any other fields of study later on. I believe that a true educator can be the key to unlocking every child's potential. Gooroo is a tutoring membership that matches students to tutors perfect for them based on their unique learning needs. Gooroo offers Math, English, SAT, Coding, Spanish tutoring, and more.